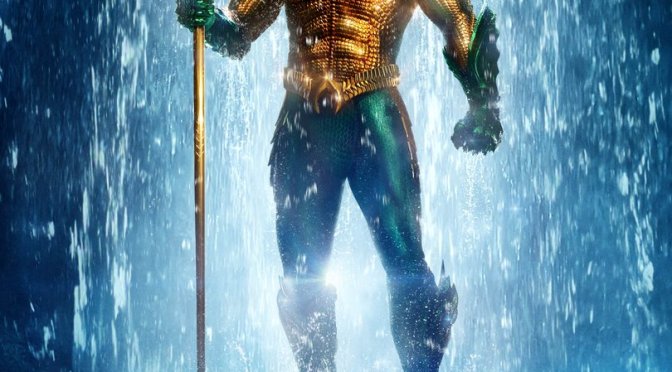 Two things I never thought I would see. 1. #NicoleKidman in a DC superhero movie or 2. Another DC superhero movie. 😁 okay kidding on the latter – but as most of already seen this with an early overseas debut..I will be quick about even the the film was so very very loooong.

#JasonMomoa is back as #Aquaman and sharing the screen with him is #AmberHeard as Princess Mera, who visits him on land to tell him he must accept his rightful role as ruler of Atlantis even though he is a half breed as his father Tom #TemueraMorrison is ‘surface dweller’ and his mother is a queen. #WillemDafoe is his mentor Vulko..and a terribly mis-cast #PatrickWilson is his half-brother King Orm.

There is so much backstory involved here, much of it so densely written you have a hard time following as they don’t actually make it enticing enough to do so. You have a lot of violence moth above ground and even including it’s very own underwater straight out of ‘Gladiator’ Coliseum battle.

The whole Atlantis concept is quite stunning and well done. A huge strong point of the film itself. But random characters like Black Manta #YahaAbdulMateenII aren’t played well except to let you know early on what #Aquaman2 will be about.

Momoa does single handedly save this one as best he can with a plot that is truly all over the place and much too long and drawn out. And by far, this is not a film for children in the slightest. So will I recommend it for DC fans – sure because they did finally bring something a bit new to the table.