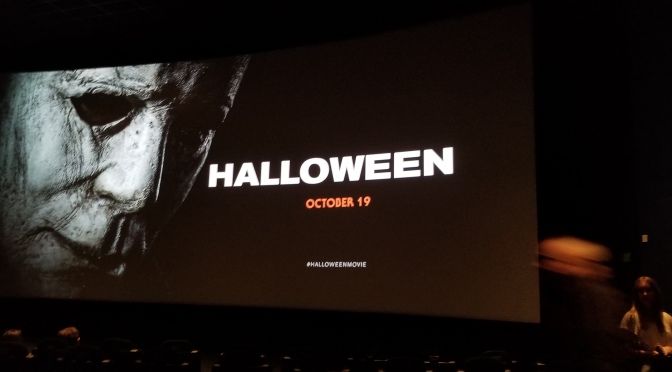 Yes..#MichaelMyers is back after 40 long years locked away in an asylum. And so is #JamieLeeCurtis as #LaurieStrode – the one who barely escaped him all those years ago.
Now you have no idea how excited I was for this..I was completely prepared to have my pants scared off.. I mean come on..this is #Halloween right…Wrong.
We start off with two “investigative” journalists from the U.K. doing a research project on Myers and actually visit him. Then of course somehow (they don’t show this) he escapes while being transferred and of course goes on a killing spree.
This is where it gets even more ridiculous. Laurie, who lives in isolation in a state of complete paranoia and whose house is equipped with everything from a full blown arsenal, to traps, gates and her very own ‘panic basement’ but yet some how her estranged now adult daughter Kathy (#JudyGreer) her husband Ray (#TobyHuss), along with her granddaughter Allyson (#AndiMatichak), don’t really seem super worried that he’s killing all there friends. Finally they get it, but these parents actually leave their child behind because she’s at a high school dance.. this is where it just went so wrong for me…cause that would never happen.
Long story short…it seems as though #MichaelMyers even though he’s gotta be at least 70, can plow through and slash up a bunch of people all while getting ran over, shot a few times and stabbed more times than I can count. They should just call him the Energizer Bunny Slasher because clearly he can take a licking and keep on ticking.
I never jumped once, was never even the slightest bit scared..at times I almost felt bored. The dialogue can bit a bit ridiculous at times..but the one thing I loved and you should go to see it for…the music…ahhhhhh the wonderful old creepy music is back. Too bad it was the best part of the film.
The ending is decent and Jamie Lee does her best with this.. and well..it is Halloween so I will say to see it.. but if they try to say Myers survives the ending and try to do a sequel..I will say no to that.
Happy Halloweenie everyone!

Media Screening: Monday, October 15, 2018 ~ Courtesy of Universal
‘HALLOWEEN’ WILL BE OUT IN THEATERS WORLDWIDE JUST IN TIME FOR HALLOWEEN #BOO 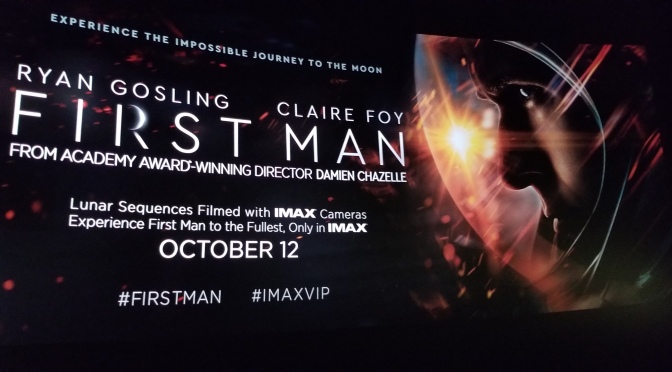 Just done watching #FirstMan after a long torturous drive from the Westside to #UniversalCityWalk .. and an even more arduous journey home…I can say I DID IT!!. And got myself a #VoodooDonut to add and they are just as good as everyone says.

Okay okay..I’m getting to the part about the movie.. it’s a foray from #DamienChazelle into space that I never imagined could be so tense, frought with sadness and despair, and yet delves so well in what can only be described as stunning filmmaking chronicling mans marvels and mishaps leading to the ultimate achievement – the first man on the moon. #RyanGosling is solid here, but without his supporting cast of #ClaireFoy #CoreyStoll #JasonClarke #KyleChandler #EthanEmbry #PatrickFugit #LukasHaas #PabloSchreiber to name just a few – are the keys to the lock of this film and his character.

From a technical standpoint the films wows in almost every aspect though there is a lot of shaky-cam work that never bodes well for me personally (headache inducing), but considering its about space and everything that that entails, including putting you in the astronauts helmet, I should have been expecting it.

All in all the almost 2 1/2 hour run time is filled with only a few momentary bumps in the road. This makes it three in a row for Chazelle as I have no doubt some of this will have some Oscar nods..#Whiplash is still hands down my personal favourite, but this one also educates you in the history of man’s exploration into space and is visually effective. 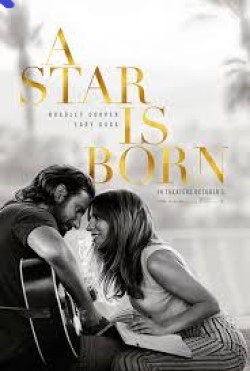 “A Star is Born” version 4.0 is here. And with it, we get not only Lady Gaga, but Bradley Cooper in his directorial debut doing double duty as lead actor as well. Straight off the bat I have to say this was a fantastic film with deserved praise for both its stars performance and their chemistry. The rise of fame from Gaga’s character to the declining career of Cooper’s was a roller-coaster ride of emotion. And the soundtrack can be just summed up as WOW!.

This 2018 updated version is very much in tune with today’s world and thankfully so, as I can only confess to seeing the last two versions and they were too kept in time with the day/age of music of that period. The first half of film for me is certainly the strongest part as we get to meet our main characters Jackson Maine (Bradley Cooper), a musician who is struggling to cope with his life and Ally (Lady Gaga), who thru a through a random stop, meetup where she is performing at a drag bar that Maine stops in while in an alcoholic stupor, for just one more cocktail.

We get a very good supporting cast here who all stand on their own in their parts of the story. Once again, I am impressed by Andrew Dice Clay’s performance – something I’d never thought I’d see or say, as Ally’s father Lorenzo. Her sidekick throughout the film is Ramon (Anthony Ramos) and her manager who takes her down fame’s sidewalk Rez (Rafi Gavron). Cooper has his own great support in Sam Elliot as his much older 1/2 brother Bobby. Bobby is the one who has picked Jackson up off the ground – literally – and wrapped him up at night before any major damage can be done.

Cue to the second half of the film. While still great does have more than a few cliche moments which can be a bit distracting especially if you have seen the other versions. Coopers directorial eye is certainly great capturing some great brilliant musical performance shots and always capturing the characters emotional thoughts. I certainly would have liked more Dave Chappelle scenes and loved the different type of character he played.

If I had to sum up this film – acting/directing/story/soundtrack in the best way possible it would be as follows: Gaga out-sings Cooper by a long shot, though make no mistake, he does a passable job. But Cooper on the other hand, out acts Gaga – who again, does well for a first time starring role – but cannot compete with either Streisand or Garland’s previous acting performances while her voice is just as comparable. Realistically speaking, those two are a tough act to follow for ANYONE. I know everyone is screaming Oscar, but personally, and again this is just me, I think it might be to early to call that yet – though it’s all a possibility.

While it’s a very tough job to pull this off as this type of story was maybe thought to have been done to death, but truly congratulations to all on a job well done.