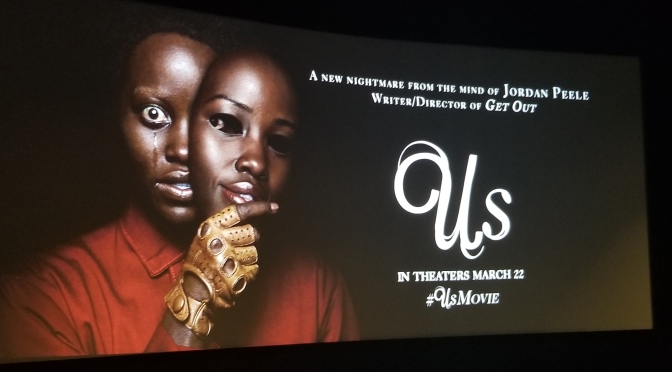 Sadly, this most over-hyped movie of 2019 so far, is also going down as the most underwhelming of 2019 so far. “US” and JordanPeele were clearly trying way to hard on this one and it’s not even close to repeating “GetOut” in comedy, drama or horror.

Graphic violence isn’t scary in the slightest. Forced comedy isn’t funny. And basic acting is not a performance. Being disappointed in this film doesn’t quite sum up how I felt. And while you get what is trying to be said, there are also things that I just don’t think can be explained. I mean rabbits anyone??? Anyone got that part figured out yet?! To say the metaphors were all to blatant or that it’s just to heavy-handed is an understatement. You spend the whole film trying to unpack and decipher the story so much, that it sucks any enjoyment you might have found right out.

None of the acting by Lupita Nyong’o Elisabeth Moss Winston Duke  Tim Heidecker or anyone else in the film is noteworthy. I guess my disappointment is highlighted so much by the fact I wanted it to be so good. Again, high expectations and low delivery = unhappy movie watching .
Grade: D
@pegsatthemovies 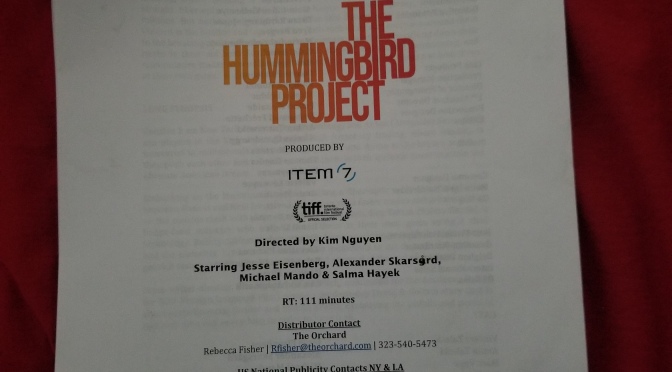 #TheHummingbirdProject let’s us all remember that bringing a film about technology i.e., programming & data analysis..is a difficult topic to make entertaining. And while they don’t dumb it down here and you are able to understand the whats and the whys, you also have to deal with loads of time spent on the parables of how taking one millisecond aka the flap of a Hummingbird’s wings, of processing time of stocks, can make or break the difference of millions of dollars in the stock market.

In between you have to deal with another one of  JesseEisenberg ‘s lackluster, one note performances about how he is contractually trying to get this whole thing done. His polar opposite brains behind the operation is AlexanderSkarsgard who goes against the grain playing a paunchy, balding computer nerd who saves the film from being downright terrible with a dance..yes a dance! Also helpful in adding some much needed humor though is MichaelMando and SalmaHayak though Hayak is given little screen time, she makes the most of it.
So not the most exciting subject matter movie out there, but at least it never makes you feel silly and explains itself well. Just not exciting enough to watch a pipeline being built to make it a great watch.
Grade: C-
@pegsatthemovies 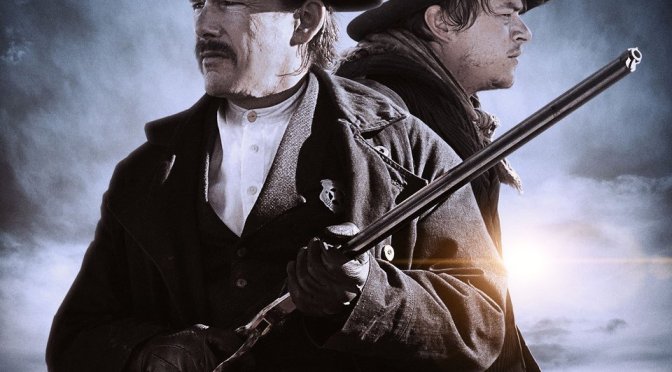 Catching up on my reviews for March by doing a few Insta-Reviews. This first one is #TheKid which you would think would be another story about #BillytheKid ..and it sort of is.

It’s a story about another kid #Rio played by JakeSchur who is sorta rescued by Billy the Kid DaneDeHaan who is then captured by Pat Garrett  EthanHawke and they try to find Rio’s sister Sara LeilaGeorge who was abducted by their uncle Grant, played by a completely unrecognizable ChrisPratt . If you feel confused, you might be spot on as it’s quite a dragging storyline directed by VincentDOnofrio – the acting is terrible by everyone but DeHaan who brings a bit of life to this version of Billy. On the whole, there is a reason this one has slipped in and out of theaters before you could see it.
Grade: D+
@pegsatthemovies 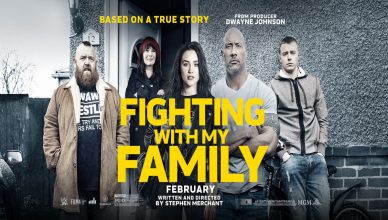 A movie, whether based on a true story or fictional one, may be a blend of both facts and fictionalized scenes and events. “FIGHTING WITH MY FAMILY” seems to be case in point depending on whom you speak to.  But instead of pointing out fact v. fiction, just sit back watch and enjoy this one folks.  Let go of the being overly critical all the time as ‘Fighting with my Family’ might have its flaws and not be completely true down to the line, it definitely does have its charms.

Probably the first thing you will do is a double take on the director and writer and make sure if it is THE Stephen Merchant doing triple duty here writing/directing/starring in this film. Turns out it is, which immediately ups the ‘interesting’ level a notch or two.  Even more crazy is to think that Merchant did not know a thing about wrestling before taking on the project. 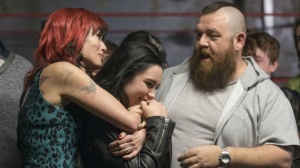 Inspired by the story of the Knight family, the film tells the story of Saraya “Paige” Bevis (Florence Pugh) and her desire to become a female wrestler.  With the odds against her, along with a family of completely wrestling crazed parents in dad Ricky (Nick Frost), mom Julia (Lena Heady) and brother Zak (Jack Lowden), all of whom put on wrestling shows and train others in Norwich, a small suburb in the UK.  Paige and her brother get called up for a WWE tryout, but with only Paige making the cut, Zak is completely devastated and Paige must deal with not only this, but the drastic change her life is taking and the hard road to living out her dream of being a WWE Superstar.

The next hour is filled with what it’s like to attend the WWE school of hard knocks led by Hutch (Vince Vaughn), and how to alienate and then make best friends with your competition.  This part can sometimes just be all to consuming as we’ve seen this type of story many times before.  Overcoming adversity to win the challenge at the end and it’s here that the film can’t help feeling clichéd. The saving grace here is the flashbacks to Zak being left behind in Norwich and where his life is heading, or seemingly not heading to and it’s got some truly lovely, heartwarming story line.  But training montage footage galore, sibling rivalry leading to a profound confrontation that resolves the issue, and the underdog overcoming the odds gives no surprises to the ending.   Now of course, it’s going to pump in the Hollywood magic to try to help the movie. The Rock is throughout the movie, and while he wasn’t truly vital to Paige’s career, his scenes are fun. The actors do an amazing job with their roles, and have very good comedic chemistry. This movie is witty and charming but at times, it’s all over the place.

The initial presentation of the Knight family rang true, authentic and affable. Putting it in their actual home was a good idea. Frost and Headey were great in the roles as Paige’s parents and Puge did a very good job as Paige. Lowden as her brother made a good mentor, but it also tried to take the high road and make Paige an angelic character.  However, from what I understand, if you are a fan of Paige or the Knight family at all, you will quickly start to see fictionalized moments, exaggerations and inaccuracies. These are something that as a viewer who has no knowledge of the wrestling world, will not impact in the slightest.  No matter this situation, everyone will recognize names such as Hulk Hogan and ‘Stone Cold’ Steve Austin – and of course The Rock with his signature “If you smell what The Rock is cooking” done a few times for good measure – makes you realize how far this guy has come.

Overall, the film maintains a good balance of comedy and drama and you don’t need to know anything about WWE or sports entertainment to enjoy the film. Merchant does a good job for his first run here.