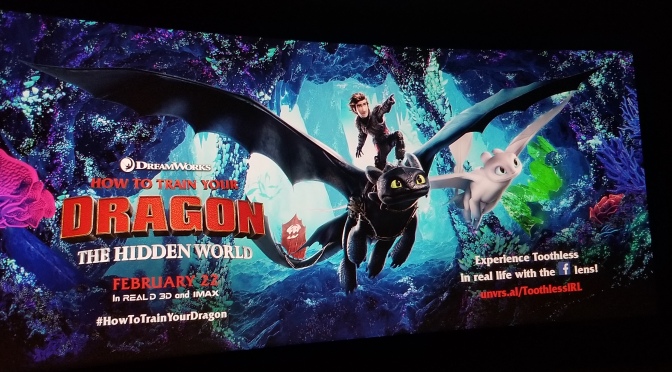 Four and a half years since we last saw our dragons, they are back in #HowToTrainYourDragon : The Hidden World.  In this one we have little older and wiser Hiccup (JayBaruchel)and he is still leading the effort to save dragons with Astrid AmericaFerrera. Yet not everything is golden as new villain Grimmel the Grisley FMurrayAbraham is out to get them. In between we have a little love affair brewing between #Toothless and new white-scaled dragon #LightFury .

While all of it is fun and it’s a beautifully done film and the Dragons franchise are some of the best animated films ever – it does come up a bit short at achieving the highs of its predecessors.

There is a little lack of the emotional punch in comparison to the first two. And while it might not shine as bright as the two previous works, the few shortcomings the story line has, they don’t overshadow the charm the characters and story bring you.

One thought on “INSTA-REVIEW: “HOW TO TRAIN YOUR DRAGON: THE HIDDEN WORLD” (2019) Universal”