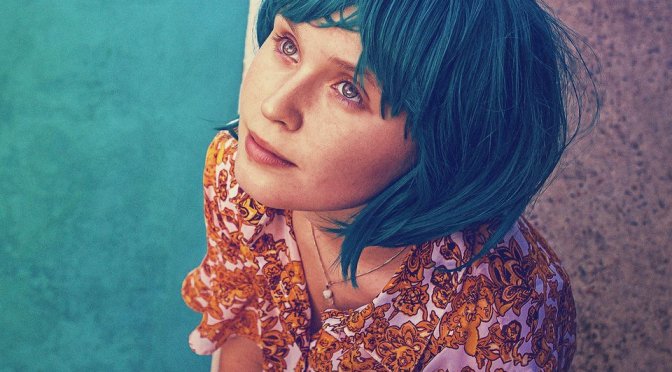 Before getting into the reality of my feelings on this film, a quick synopsis to hopefully enlighten and unwind my quite angry thoughts on this film. Actually angry maybe doesn’t accurately describe the state of mind I found myself in while watching this and wondering how am I the only female reviewer that I’ve seen so far who finds this almost revolting.

We start “Babyteeth” with 16-year-old Milla Finlay (Eliza Scanlen), on platform 4 of a suburban Sydney train station. On her way home from school, she is almost knocked over by Moses (Toby Wallace), a 23 yr old small-time drug dealer sporting some bad prison-style tattoos and a hideous rat tail of a haircut. All Moses wants from her is money, despite this Milla becomes completely infatuated with him, much to the dismay anyone and everyone who is watching this film, most especially if you are a parent, this is your worst nightmare. Yet somehow Milla’s seemingly protective parents – it turns out are just really dysfunctional and drugged-addled themselves. Anna (Essie Davis) is retired musician who has taken so much anti-anxiety medication that she can’t focus on her daughter’s ‘unusual’ guest, and Henry (Ben Mendelsohn), is a psychiatrist who is all the while secretly dosing himself with morphine. Yeah this whole thing is one doozy of a character study of dysfunction. While I understand wanting to give a child with cancer what they want, letting them hang out with a drug-dealing 23 yr old man whom you catch robbing your house and then ask him to move in, is not the first one that comes to mind for most. And that is where my anger set in. 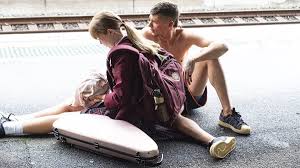 This film is listed somehow as a Comedy/Drama – yet there is no comedy that I could see and it isn’t a dramatic character study of a young girl with cancer, this is a character study of a the worst possible family situation put down on film. About a girl of 16 having an drug addled boyfriend of 23 and the parents not only condoning it, but encouraging it and sponsoring it. And all this is actually not only written by a woman, Rita Kalnejais but also directed by one (Shannon Murphy) no less. How they find this to be okay – let alone putting it out there for society thinking it’s okay to basically have a young girl child/adult-man relationship happen onscreen and make it ‘work’ or allow it to be okay, thoroughly angers me. This movie is why these things are normalized and my only response can be WTF!

How and more importantly why am I one of the few who see’s the scene between Henry & the half his age pregnant neighbor in her third trimester, who he attempts to hit on as just wrong and am revolted when I saw one critic refer to this scene in this manner: “Toby (Emily Barclay), a pregnant woman with a cigarette in one hand and a Frosty Fruit in the other (perhaps the most unequivocally Australian image ever presented on film”.  Is this true? And even if it is, how is this made to be okay in a film more or less saying ‘Oh well, that’s just how it is.’ Maybe I’m supposed to ignore all this because the film won awards at the Venice Film Festival – but I’m not and neither should the many who are ooohhing and ahhhhing over this like it’s perfectly acceptable.

With that I’m just going to end this review without a grade because no matter how much I try to look at it, or even how much I like the actors in it or the acting etc.. I can’t get the thought out of my head of writing and making a film where it’s A-okay to normalize this. Movie or not, I’m never going to be okay with this because it feels as though they are trying to normalize something that should never be normalized…ever.

“BABYTEETH” IS NOW AT SELECT DRIVE-IN’S AND ON VOD