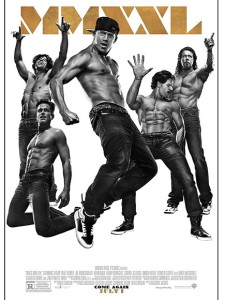 Well it’s been three years since “Magic Mike” (Channing Tatum) retired from his life as a male stripper, now running his own struggling custom furniture business and he decides to reunite with what’s left of his old team with plans of bowing out once and for all after a final performance at a big 4th of July weekend stripper convention in Myrtle Beach, FL.

What happens along the way is what truly makes this a much better film than the first one with one or two exceptions – one of them being no Matthew McConaughey as emcee extraordinaire “Dallas” this time round and as expected Jada Pinkett Smith as “Rome” cannot even come close to filling his shoes. (If you watch Gotham at all, it’s almost the exact same character portrayal here). Two, no Alex Pettyfer and it’s perfectly fine as you don’t miss him in the slightest. 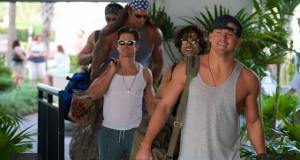 Magic Mike XXL is in essence, a comedic guys road-trip movie with a lot of dancing, a couple hits of ecstasy & lucky for us, there is at least one stripping scene per stop ensuring us all a good time on the road with these boys. At points its hard to care that they throw caution to the wind and just pause the plot entirely when so much effort was put into making each stop outrageous, hilarious and insanely sexy. If your only reason for coming to watch just to see hot, sculpted men, you will not be disappointed either. 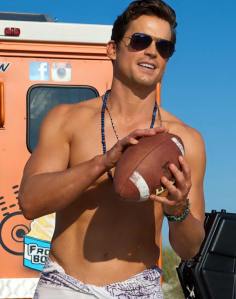 The film wastes no time reuniting what’s left of Mike’s old male stripper team. Matt Bomer plays “Ken” – the charming pretty boy of the team – who shows off some of his strong Broadway vocal ability here in a version of “Heaven” that slays everyone. Kevin Nash is back as “Tarzan” the big guy who can’t dance but loves to paint. Adam Rodriguez is “Tito” who along with Gabriel Iglesias’s “Tobias” is unsure of his future prospects. The stand out of these guys might just be Joe Manganiello as “Big Dick Richie” who on top of being built like a god, is the most unexpectedly funny member of the team with a convenience store challenge to die laughing for and sure to be new tag-line of the year “How much for the cheetos & water” scene you can’t help but love. Leading the supporting cast is Amber Heard as “Zoe” who at first simply appears to be Mike’s love interest though in the end she is revealed to be much more than that in being a central part of the finale in an very unexpected way. Add in Stephan ‘Twitch’ Boss as “Malik” doing some absolutely amazing dancing routines and Donald Glover “Andre” singing like no other and you just can’t help but smile and enjoy yourself. 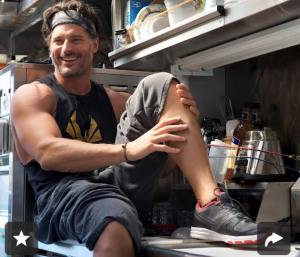 Once the road trip gets going, the film spends most of its time just observing the guys hanging out as they travel from place to place running into obstacles along the way, but always finding time to dance and/or take their clothes off. The guys are all charming and with a somewhat low-stakes plot, XXL’s laid back ideals are perfect for a movie that is really contingent on the audiences likability of the cast and that we are able to engage with their characters. The film provides us endless opportunities to do just that as like them we do and not just as sexually alluring beefcake.

In the end, this movie is just fun. That is just about it. Well…except I would be totally remiss to not mention one little last tidbit in calling out the spectacular cameo strip off that Michael Strahan gives as “Augustus” – it’s almost beyond words it’s so fun!!
There is no dramatics here or Oscar-worthy performances. But what there is are a lot of smiles, oodles of good fun & laughter, some really great singing and fantastic choreographed dancing. To sum it up there will definitely be a “Tsunami of dollars” made opening weekend from this one!!