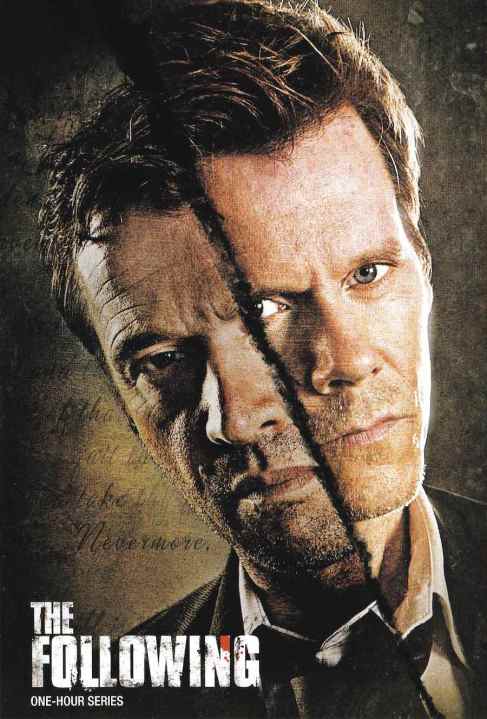 Well ‘The Following’ came back tonight with a ROAR!!  I love this show.. and how it got on actual network TV I will never know. It’s that good and usually network TV doesn’t go out on a limb like this. One thing I love is how the writers are not afraid to be down & gritty getting rid of main characters over & over and keeping the show fresh, alive and us, the audience, on the edge of our seats..again, that usually only goes for shows on cable like ‘Justified’ & ‘Sons of Anarchy’.  I can’t wait to see how this season unfolds and if it’s anything like this first eps. of the 2nd season, it’s going to be a bumpy ride!

“Sleepy Hollow” will be wrapping up tomorrow, Monday, Jan 20th with a 2hr finale.  This show has been one of the freshest new shows to come on the air in awhile.  Let’s face it, it could have gone really bad, but thanks to the chemistry between the lead characters, Tom Mison (Ichabod Crane) & Nicole Baharie (Lt. Abbie Mills) it works wonderfully. The only person completely out of place is Orlando Jones (Capt.Frank Irving) but thankfully the storylines, if you open your imagination up some, are fun & quirky enough to surpass that bit of bad casting. It’s been renewed so I will be looking forward to their 2nd season.

And yes, Josh Holloway IS BACK!! whooooooooooooooo hooooooooooo  you forget how much you missed his sassy-ness and sarcasm as Sawyer (“LOST”).  His show, “Intelligence” is still up on my ‘not sure’ column as they really packed a lot into the pilot eps., which I understand sometimes you have to do so the audience will understand the who, what, why, when etc..I just think it would have fared better if they broke it up a little into 2 eps. as most people,such as myself, do give a show at least 2 eps.  unless it’s REEEALLY bad in which you just can’t! ha!  Because I’m on the fence, I’m giving it a bit longer to either grab me or not.

Speaking of being grabbed…Hello “The Blacklist” – James Spader is so completely awesome in this show. Damn him! Another show that I’m a bit surprised is on network TV.. maybe they’ve finally realized they have to do something in order to compete with cable.  But this show is just superb and I’m happy it’s back.. Makes me anticipate “Hannibal” all the more…

The last show is on of all things Syfy network and it’s “Helix”  I am usually not a big Sci-Fi genre person..I do like some of it though if it’s well done and as of late Syfy network has stepped up with a few good original programming shows.. I like the premise and so far the story has kept me wanting to watch and I’m 2 eps in.  I recommend it for something different and if you have room on your DVR.

Well that’s it for now..

One thought on “TV reviews.. what’s good so far & some hopeful mid-season replacements”