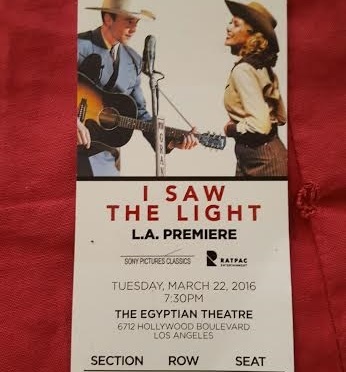 I was happy with the choice of Tom Hiddleston as Hank Williams. He had the physical look to carry it off and I knew he had the talent. I just wish I could say the same with the script. From the shaking camera to the direction & edit of this film, it is literally all over the place. Cutting from one scene to another without really understanding where it is we are going.

This story seems to focus heavily on his first marriage to Audrey Williams (Elizabeth Olsen) and that relationship. But while his band produced hit after hit, there is more time given here to the conflict between Audrey and his controlling mother, Lillie Williams (Cherry Jones) who managed the early part of his music career, than Hank himself. Also Hank’s band has trouble with Audrey, who has musical ambitions and is criticized as a no-talent back-up singer. 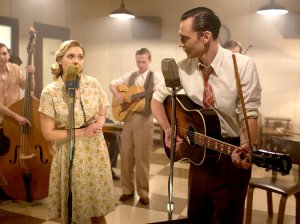 It provides Hank with a dilemma of choosing – his wife or his band? It’s frustrating that out of everything Hank Williams did, this is what they focus on. Other than the music, they barely touched on anything that made him such a colorful character and a country music icon. It doesn’t help that there is little chemistry between two lead characters.

Tom Hiddleston did a nice job with his singing here, which are definitely the highlights of the film, but at one point he gets asked how old he is to which he replies ’23’ and sorry..as much as I adore Hiddleston there is just no way he is passing for 23. Even the 29 years of age that William’s is when he dies is a stretch.

I can’t say I know a lot about Hank Williams besides the fact he came from less fortunate part of Monroe, Alabama and fought his way out with his music and was hoping to learn more. Sadly the only thing I came out knowing more about was his alcohol and marital problems than on his impact on the Country – & – Western scene, of which he was a huge part of.

Towards the end we see Wiliams getting interviewed by reporter James Dolan, (David Krumholaz) to find out what makes him tick…sadly the film leaves us never really knowing what did.

Some photos of Tom Hiddleston at the premiere ~ 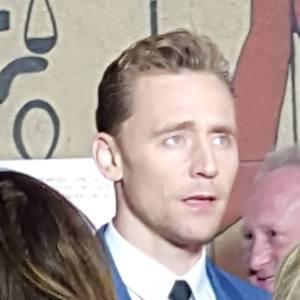