Not a big surprise that a sequel seemed like a logical choice to 2008’s “Cloverfield” by JJ Abrams as it was a big hit comparatively with a 25 million budget, while grossing right around 170 million. The ‘found footage’ film about a group of young people surviving a monster attack in Manhattan was driven by a highly sophisticated and fun marketing campaign. Mysterious trailers of the film ‘Untitled’ left you guessing as to what was the content, was also really well received by critics & film-goers alike. 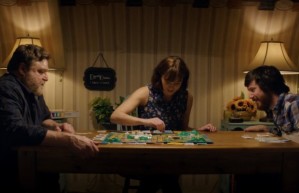 While not quite the exact same thing here, JJ Abrams sees ’10 Cloverfield Lane’ as a kinsman of “Cloverfield.” And that’s a good description because although there could be a comparison of a few elements, 10 Cloverfield Lane is a very different kind of film and can stand on it’s own. Do not expect found footage film or a direct sequel or prequel. ’10 Cloverfield Lane’ is a pure psychological thriller, with a little taste of Sci-Fi thrown in for good measure.

It’s mainly undertaken all in one place, the bunker of the mysterious Howard (John Goodman). The bunker is a typical doomsday place: an underground space filled with food, drinks and all the comforts of home, including a cozy living room and fully functional kitchen, ya know, for those underground bunker dinner parties. Michelle (Mary Elizabeth Winstead) is excellent as the frightened but brave one, who basically MacGyver’s her way through this film. Even John Gallagher Jr. as the simple Emmett is well cast. The biggest surprise is John Goodman as Howard, a role that is seemly tailor-made for him, as he turns the effortlessly friendly man into a creepy psycho without ever giving away which of the two he is and in turn, giving us a whole other level of fear. 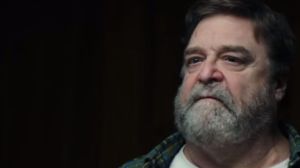 ’10 Cloverfield Lane’ will truly have the most impact if you have minimal knowledge of it before hand because it’s nail biting exciting. And any reviewer that gives away the spoilers or the full story of this one, I wish them years of paper cuts because this is one to be experienced, not told about. The only minus is the last act of the film, here and there, it flies off the rails, But you forgive debut director Dan Trachtenberg for this little whim, as I loved the fact that just when you think it won’t go there.. it does! It’s very clever and with fresh inspiration, gives just the right subtle nod to its successful predecessor. For those who love psychological mind-bending films like this, you won’t be disappointed.