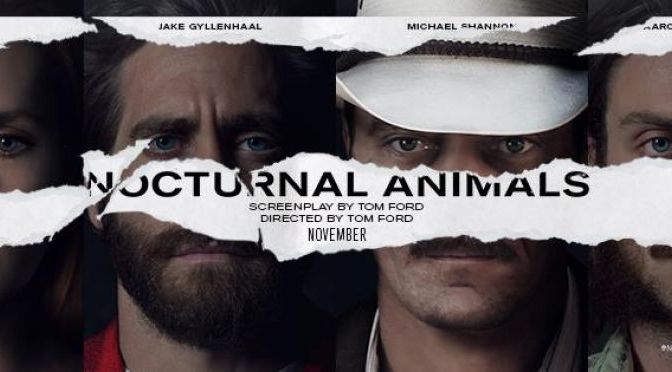 If you’re looking for a sequel of sorts to  A SINGLE MAN, it won’t be found anywhere in “NOCTURNAL ANIMALS”. Tom Ford’s take on this tale of redemption, revenge, love and cruelty, terrified me at times, but in all the right ways. 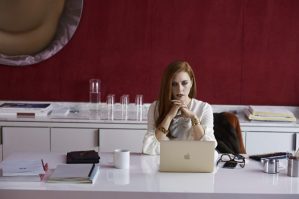 NOCTURNAL AMINALS is a dark, yet stylish thriller directed by a man who knows a thing or two about style – having previously worked as creative director for both Gucci and YSL and now of course, his own design firm, Tom Ford. So to say his delving into film could have been less than stellar or have gone in all the wrong directions, wouldn’t be absurd. He could have gone style over substance, thankfully, here we get both and Ford’s perfectionism makes this one of the most powerful films I’ve seen all year.

This is really a story within a story with the perspective coming from Susan Morrow (Amy Adams), an art gallery owner who spends most of her life at home alone, with her often out-of-town husband Hutton Morrow (Armie Hammer), pursuing his ‘business’. Randomly, (so we think) Susan gets a manuscript for a novel written by her ex-husband, Edward Sheffield (Jake Gyllenhaal), whom she hasn’t heard from in over 15 years and as curiosity gets the best of her, she starts reading it. Almost immediately she finds herself completely absorbed with the story, so much so, we see it as she herself ‘see’s’ it to have happened. As she continues to read, she has flashbacks to how her own relationship & marriage with Edward broke down as well as perceived thoughts that the way she is ‘seeing’ this violent thriller could maybe some type of veiled threat against her from Edward.

Edward’s novel provides the film with its dark soul, the story of Tony Hastings (also played by Jake Gyllenhaal) and his wife Laura (Isla Fisher) & daughter India (Elle Bamber), who run into trouble when traveling through some back country Texas roads late at night, you know the type they make movies about how not to ever drive down. It’s pretty heavy stuff to watch it all, and I couldn’t help but clench the seat while watching it all unfold, but it all plays out as essential in making this such powerful watch. 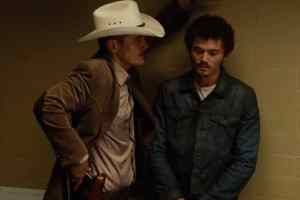 The rest of the cast features the always scene-stealing, can-we-just-give-him-an-Oscar-already Michael Shannon, as Bobby Andes, a career best performance from Aaron Taylor-Johnson, who is truly vile, creepy and just plain terrifying as the Ray Marcus, and Laura Linney’s appearance as Susan’s mother, Anne Sutton, who even in the short space of time we see her, makes an impact.

Gyllenhaal is good here doing dual roles though playing Hastings is seemingly the much harder performance, I just feel like he’s trying these same type of thriller roles out one after another to see which one hits hardest. Amy Adams is quite brilliant and it’s this role that should garner her another Oscar nomination at the least. It seems some don’t like Aaron Taylor Johnson’s performance, probably because if anyone knows how to bring the ‘pretty’ to a film, it’s Tom Ford and Johnson along with Hammer and a few others are the ‘pretty’ to be sure. But he also knows how to bring a performance, and for me, I like it when I get surprised by one and Johnson’s did that for me. 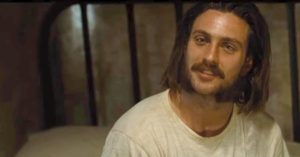 This is one damned good film and I’m thinking it’s going to garner itself a few award nominations.

Post Q & A with Tom Ford
First off, I can’t say enough on how congenial this man is. He has been quite brilliant as not only a designer, but so far, as a filmmaker also, and yet is more than pleased to answer any and all questions posed and makes you feel as though your friends after only a few minutes conversation.

Mr. Ford acknowledged the fact that he’s been so very lucky in being able to make his films his way so far. After being in the same industry for so long (30 yrs. in design) he says it’s been nothing but a blast for him to be able to do this and he loves it for being so different.
He also notes it’s been great getting the cast he wanted as he really had to find two people who could span a 20 year time frame, and in doing so, both look it and be able to act it out. He felt Amy Adams just resonates so much expression on screen with just looks as she doesn’t speak as she reads the novel, but expresses it.
He noted that while they took some liberties with the film over the actual novel by Austin Wright, it would have been almost impossible to have filmed it exactly as written so deep a story it is. My favourite statement of his was that he wants you to remember this film..not just one day after you see..not just a few weeks later..but still be thinking about a year later and remember how it made you think and feel.
I think he will get his wish on that one. 🙂


And yes, this talented cast is all in. They play it mostly straight to achieve the balance between somber and silly. Lily James and Sam Riley again, are both fun to watch as Elizabeth and Darcy. They are the film’s best fighters with both swords and words. Jane (Bella Heathcoate) is “the pretty one”, who is wooed by the simply stunning Douglas Booth as Mr. Bingley.