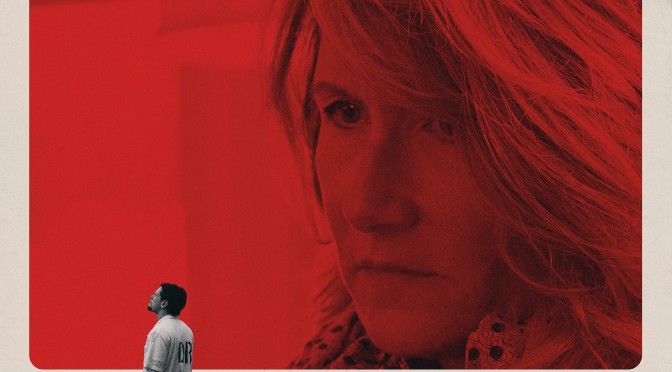 If like me, you are someone who is completely conflicted on something like the death penalty, “TRIAL BY FIRE” might just be the movie for us all to see.  My conflict mostly arises from the fact that for me, anyone who hurts a child just shouldn’t get a second chance ever.  Yet, as we know from such wonderful trials as OJ Simpson or Brock Turner’s, the justice system is flawed and while some cases are cut and dry guilty, some aren’t.  Hence the story of imprisoned death row inmate Cameron Todd Willingham (Jack O’Connell).  Willingham is a poor, uneducated heavy metal devotee with a violent streak and a criminal record to boot.  He is convicted in the arson related death of his own three children in 1992, deaths so awful a swift accounting for is demanded and given and Willingham is sentenced to death with the ‘justice’ system moving with particular swiftness and speed in this case.

What follows is the overwhelming story of this mans life.  Showing him to be the angry and flawed human that he is.  Chronically unemployed or employable to say the least, he is a brawler, womanizer, and yet the caregiver to his three children because he won’t or can’t work, shows another side to him.  Even wife Stacy (Emily Meade), while being the breadwinner of the family, notes that this is a man who loves his kids.  Being that she is away the morning of the fire that engulfs their home and the three children, while Willingham makes it out alive, gives her character the sympathy that is deserved.  But is all really as it seems or does the law just adjust their crime scene to fit the narrative they want to convict.

This is where the story truly picks up what happens when they do decide this and because justice is wanted so badly, that no other scenarios are even discussed.  Except for the small fact that Willingham has never given up on the fact that he is innocent.  Investigators claim to find evidence of a fire accelerant. A jailhouse snitch reports that Willingham confessed to the crime, and during the trial, a disinterested public defender repeatedly advises Willingham to avoid the death penalty by pleading guilty. When Willingham refuses, the lawyer loses interest. No serious defense is mounted, and Willingham finds himself on death row, awaiting lethal injection in Texas, a state that likes to keep the line moving.

Alone and isolated in prison, when through a random encounter with someone who knows about the case, a woman named Elizabeth Gilbert (Laura Dern),  volunteers to correspond with him, hears his claims of innocence, and trying to do the right thing, she re-investigates his case, even though the obsession with it all leads to the detriment of duty to her own family home life.  She uncovers what looks increasingly like a shoddy investigation (the arson “evidence” is refuted) and slippery prosecution, even showing the jailhouse snitch recanting.

Even though I might have an issue with performances of many Brits/Aussie’s trying to play the southern accent, the performance here by O’Connell goes beyond that.  He plays Willingham as wronged, but you find heart in him as the story unfolds.  Emily Meade is secondary only in the fact that she plays his wife who shows throughout that she too, is conflicted by what might or might not be the truth.  Dern, though the ‘victorious’ character you could say, still comes off as a bit bland and even though its true, you wonder why she took this interest and it’s never really told to you.  That could be the fault of director Edward Zwick though, as the movie evolves without really showing us the messiness of real life in-between the lines.

The movie allows that Willingham can be innocent and still be manipulative and angry and flawed, and concludes with a wallop of emotion as Willingham is executed all while waiting for a Governors stay of execution.  A significant point made in the end titles is that for all means and purposes, Willingham is notably innocent, hence my referral back to being so conflicted by something like the death penalty, because it’s just not 100% fool-proof.

“TRIAL BY FIRE” IS NOW PLAYING IN SELECT CITIES